I have an odd quirk that my children have always bemoaned. When we're road-tripping through Texas, and the terrain around us becomes rugged with steep ravines, hilly outcrops, densely packed trees, drifting sand or boggy lowland, I inevitably exclaim, "Wow! Can you believe ANYONE ever traveled out here on a horse or in a wagon?"

Settlers would not have found the Texas frontier easy going. And yet they came. 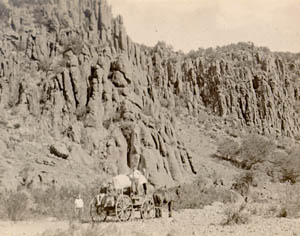 As early as 1716 women and children came to Texas from the Mexican city of San Juan Bautista. Priests and soldiers established missions and small settlements as buffers from French intervention. Texas' first municipal government was begun in San Antonio by settlers from the Canary Islands. Throughout the Spanish, Mexican and Texian periods — and well into statehood — they kept coming.

People weren't unaware of the ways they diminished the land they'd come to — the 1860s saw the first laws protecting fish and wildlife passed in Texas for example. But it wasn't until 1923 that Governor Pat Neff, a man who was motivated by the idea of providing recreational opportunities for Texans, persuaded the Legislature to create the State Parks Board.

Neff wrote, "...all breathing spots for humanity where the weak and weary and worn may be nursed in the lap of nature back to health and happiness — should be preserved wherever found, for the use not only of the present generation, but of all the generations yet unborn."

Today over 80 state parks and natural areas are spread throughout Texas, preserving the rugged landscapes that settlers would have encountered when they first arrived.

And those early 18th century Hispanic settlers, making their slow journey into what would become Texas, left behind the words used to name many of our state parks.

Here are a few examples.

Not surprisingly, several of our state parks are named for the rivers that flow through them. A  description and history of the Spanish words for our Texas rivers can be found in our first Hispanic Heritage Month post.

Bentsen-Rio Grande Valley State Park, deep in South Texas, was once part of Porcíon 50 — granted to Jose Antonio Zamora in 1767. A small village called Las Nuevas existed on the property from 1850 to sometime in the 1930s, when it was abandoned. Eventually purchased by the Bentsen family, the acreage that comprises the majority of the park was donated to the state in 1944. Today it is one of the very few continuous sections of riparian woodland native to the area, home to Rio Grande ash, Texas ebony and black willow, and a hotspot for birding activity. 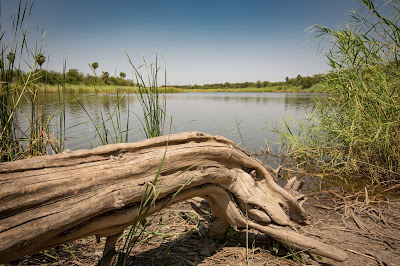 Bentsen - Rio Grande Valley State Park
In fact, Bentsen-Rio Grande Valley State Park is part of the World Birding Center, as are two other parks with Spanish names.
Resaca de la Palma State Park, located close to the very southern tip of Texas, is a tropical wetland and woodland that's little changed since Spanish conquistadores explored the area in 1535. Resacas are all over the Rio Grande Valley — remnant lakes sitting in the floodplain of the mighty river. In English they're usually called oxbow lakes.
The Spanish word resaca has multiple meanings, none of which seem to be geographical in nature. It may be that it's a corruption of the infinitive verb resacar, to retake, in the sense that either the river is retaking its water or the earth retaking its land. It could also be a portmanteau of rio seco (dry river), in which case it's describing the eventual fate of a resaca that stops receiving water from upstream.
De la Palma is an easier translation — "of the palm."  Alternately called the Rio Grande, Mexican or Texas palmetto, the Sabal mexicana reaches it's current northern range in south Texas and can be found in the park. 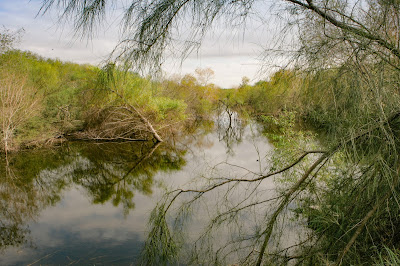 Resaca de la Palma State Park
It was once part of a vast land grant given to the Hinojosa family in the late 18th century by the Spanish King Charles IV. Today, Estero Llano Grande is a 230-acre park of reclaimed wetland surrounded by riparian woodland and thorn scrub habitat. The name is fitting as estero llano grande means large flat estuary.
The Hinojosa family eventually claimed hundreds of thousands of acres in what became south Texas, encompassing most of the Lower Rio Grande Valley. While the family name is largely forgotten today, part of their legacy remains famous throughout the country under a slightly different appellation. Padre Nicolas Balli, grandson of the original grant-holder Juan Jose Hinojosa, was a Catholic priest who in his own right held property along the Texas coastline. Savvy readers may see where this is going — we may not know the name Hinojosa, but we all certainly know Padre Island. 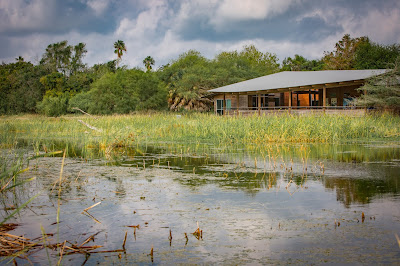 Estero Llano Grande State Park
The Goliad, in Goliad State Park, sounds slightly Spanish, but is it? No, but also yes. The word itself isn't Spanish, but the word it's derived from is. And how it was derived is something of a tale.
Almost 300 years ago Franciscan priests built a Catholic mission at Matagorda Bay next to a presidio. Presidio is one of those loanwords that we use today in English, somewhat interchangeably with its translation of fort. The mission, Nuestra Señora del Espíritu Santo de Zúñiga, and the presidio, Nuestra Señora de Loreto de La Bahía del Espiritu Santo Presidio, were apparently never quite settled in place — they were moved by authorities a few times before eventually being relocated to opposite banks of the San Antonio River in 1749. The site had previously been called Santa Dorotea, but once the mission and presidio were built the town that grew up around it was called La Bahía. Thus, a town some 40 miles inland from the coast, was named "the bay."
La Bahía had a complex history in the near century before it became Goliad. It was involved in the Revolutionary War (yes, really, that war), the Mexican War of Independence and multiple failed attempts at early Texas independence efforts between 1812 and 1821. It became Goliad in 1829, when the Gobernador of Coahuila y Tejas changed the name of the town to Villa de Goliad.
But who was this Goliad the town was suddenly renamed to honor? It's actually an anagram of the name Hidalgo. And the man so honored was Father Miguel Hidalgo, who gave the famous Grito de Dolores on September 16, 1810, which marks the beginning of the Mexican War of Independence. 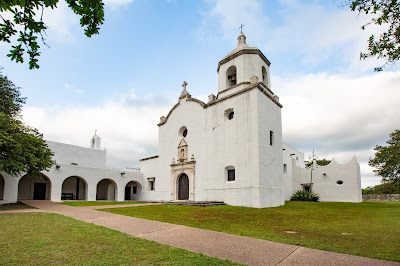 Goliad State Park
In far west Texas desert landscapes are beautiful, but a lack of water can also make them treacherous. Jutting high about the desert floor, the granite hills of Hueco Tanks State Park are the remnants of molten rock pushed up 34-million years ago. These weathered over time, eroding countless dips and hollows into the hard rock.  And in these voids rainwater collected— enough rainwater in fact, that in 1860 it was estimated they held sufficient water to last a full year. Water is a blessing in a place with so little, and well into the 20th century these huecos provided essentially the only water between El Paso and the Pecos River. The word hueco can be translated to several English words — hole, hollow, void, gap, opening — but all convey essentially the same meaning, an empty space that can be filled. 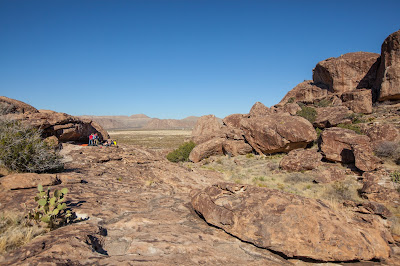 The canyon, running through the heart of Palo Duro Canyon State Park, is 120 miles long, 20 miles wide and, in places, reaches depths of 800 feet or more. It's the second-largest canyon in the country, and is the single most compelling geographic feature in the Texas Panhandle. And yet, it's name comes not from its majestic pinnacles, hoodoos, buttes or mesas, but rather from the trees found in the canyon. Palo duro translates to hard stick, in this case in reference to hardwood trees such as mesquite, cottonwood, willow and cedar.
Who named the canyon palo duro isn't exactly clear, but its believed that members of the Coronado expedition reached the canyon in the spring of 1541, and this is likely how the name first came into use. 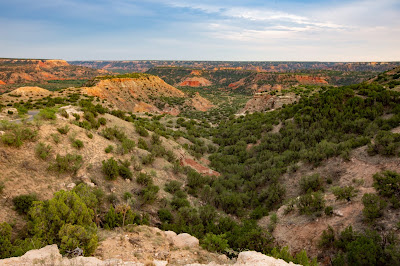 To learn more about the state parks found throughout Texas subscribe to Texas Parks & Wildlife magazine. Whether in print or through our mobile app, choose the version that works best for you.