These wildcats are so fascinating to some people that even famous painter Salvador Dalí owned an ocelot named Babou and often took it to a restaurant in New York City, tethering it to the table. Of course, its appearance raised concerns, and Dalí once told a fellow diner when asked about it that it was just a regular house cat painted with an “op art design.” 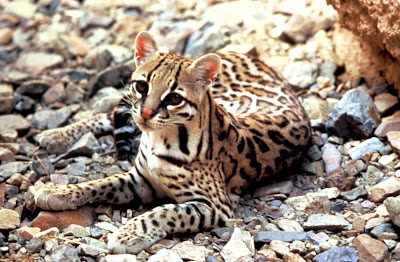 In Texas, ocelots are rare, as there are an estimated 80-100 individuals living in South Texas. They mainly reside in the Laguna Atascosa National Wildlife Refuge and the surrounding dense thorn-scrub areas of the Rio Grande Valley. Texas has the only ocelot breeding population in the country. 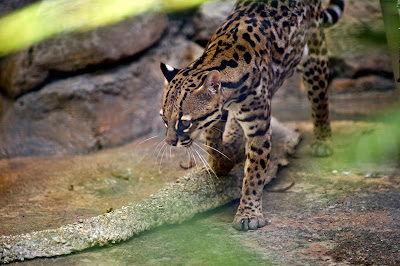 Historically, ocelots occurred throughout South Texas, the southern Edwards Plateau region and along the Coastal Plain. However, their population declined from habitat destruction and other human activities. More recently, ocelot populations have decreased as highway construction has increased. About half of the ocelot deaths documented in the past 20 years have been from traffic mortality. In recent years, eight underpasses have been built east of Brownsville to allow wildlife, especially ocelots, to safely cross highways. In January, an ocelot was recorded using an underpass for the first time.

Though chances of long-term survival may seem slim for ocelots in Texas because of their small population, there is still hope. In spring 2020, wildlife officials celebrated the discovery of a new young male ocelot at Laguna Atascosa, spotted on a remote camera. So don’t give up yet on these “ghost cats” in Texas! 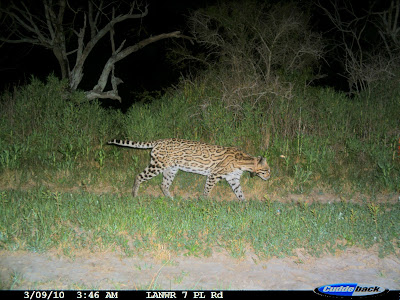