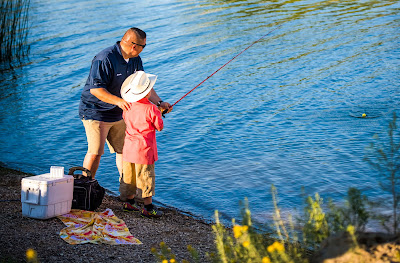 Father's Day really, really trailed in the wake of Mother's Day.
Attempts to establish a day to honor fathers can be traced back to at least 1908, and had support from churches, civic groups and even President Woodrow Wilson. But by and large there seemed to be little real interest from the general public.
As historian Bret Carroll, Ph.D., writes, "Many men scoffed at the holiday's sentimental attempts to domesticate manliness with flowers and gift-giving, or derided the proliferation of such a holiday as a commercial gimmick to sell more products."
He has a point. The biggest push to keep Father's Day in the public eye seems to have been from retailers. During the Great Depression, businesses quickly recognized that a gift-giving holiday midway through the year was a good opportunity to keep themselves afloat until Christmas. By 1935, advertising efforts in the tobacco, tie and shirt industries were coordinated as "Give Dad Something to Wear," by the Father's Day Council. The advent of World War II, with fathers leaving to defend family, home and country, increased the popularity of the nascent holiday.
It wasn't until 1972, however, that Congress officially authorized Father's Day as a permanent day of observance. Today it is the 5th most popular occasion for sending greeting cards and gifts that represent both the work and play in which dads engage.
Father's Day does seem inherently different than Mother's Day somehow. On Mother's Day we tend to honor mom with flowers, gifts and brunch. But Father's Day? Maybe it's its placement at the beginning of the summer season, but who doesn't have a Father's Day memory rife with baseball, bbq, fishing or going to the beach? It just feels like a perfect day to be outside.
And if you aren't able to spend this Father's Day outside with your dad, you can still give him the next best thing. Help him enjoy the outdoors all year long, even when you can't be there, with a subscription to Texas Parks & Wildlife magazine.
If your dad prefers the feel of paper, give him one year of our print issues for $10.  For dads that like the latest in tech, give him a year of our mobile app for $10.  Or hey, it's your DAD! Give him both for $15!
Whether the dads in your life like tales of hunting, fishing, travel, birding, camping, hiking, or just love photos that soothe the soul, don't worry — we have you covered this Father's Day.
Posted by Texas Parks & Wildlife magazine at 12:28 No comments:

Be a Bat Superhero

For variety, it’s hard to beat bats. Bats are one of the most diverse groups of animals in the world, and you can see it in their faces, from the prominent muzzle and nose leaf of the Mexican long-nosed bat to the wrinkly, scrunched-up visage of the ghost-faced bat. These differing faces give us a glimpse into the wide world of bats, a creature often misunderstood and threatened.

There are more than 1,300 species of bats worldwide. Texas is one of the biggest U.S. bat hubs, with 32 of the 47 bat species found in the U.S. The Mexican free-tailed bat is the most common bat species in Texas. They typically spend their winters in Mexico and migrate to Texas in the spring to birth and raise their pups.

Texas also has one of the largest bat colonies in the world — Bracken Cave, which hosts over 15 million Mexican free-tailed bats. During the late summer, pups are old enough to forage on their own, which provides for some astounding bat emergences. Bat fanatics can see bat flights in many places in Texas such as Congress Avenue Bridge in Austin, Devil’s Sinkhole State Natural Area in Rocksprings, Frio Bat Cave near Concan and others. Just remember to be patient with the bats, as emergences are naturally occurring, unpredictable events, and to respect them by talking quietly, keeping your distance and refraining from shining bright lights.

Unfortunately, many bats are endangered today. Out of the 32 bat species in Texas, 23 are considered “species of greatest conservation need” in the Texas Parks and Wildlife Department’s Texas Conservation Action Plan.

One area of increasing concern is the deadly white-nose syndrome, which is an invasive, cold-adapted fungus that targets hibernating bats in North America and has killed 5.7 million bats in the U.S. and Canada. The first case was found in New York in 2006, and fungus started appearing in Texas in the Panhandle in 2017. The first case in Texas was found this year in Gillespie County on a cave myotis bat on February 23.

Bat populations are declining across the globe. Why? For starters, bats are the slowest producing mammals on earth for their size, as females give birth to one pup each year. The  babies weigh up to one-third of their mother’s body weight (imagine giving birth to a 40-pound human).

Habitat destruction is a major cause of bat decline, with forest habitats being cleared for agriculture or other development. Wind energy presents a threat as well, as bats collide with the turbine blades.

Bats are also constantly misunderstood by people, and these irrational fears can cause problems. For instance, perhaps the biggest myth is that bats are blood suckers. While vampire bats exist, there are only three of those species, and they are limited to Latin America. They don’t even suck blood but rather lap it up as kittens do with milk. Additionally, their saliva carries an enzyme used to prevent blood clots and has been developed into medicine for strokes.

Another bat myth some people believe is that all bats have rabies. While most bats that approach humans could carry diseases, only 5 percent to 6 percent of bats tested by the CDC have rabies. Many folks are also afraid bats will fly into and “nest” in an unsuspecting person’s hair. If a bat swoops toward your head, it’s probably after an insect. Plus, they don’t even make nests!

Some see bats as wicked creatures, whereas bats are actually quite selfless. In fact, they share food with other bats. In China, they are symbols of good luck and happiness.

Other myths include bats being blind (they have normal eyesight as any other animal and even use echolocation); they are flying mice (they are more closely related to humans than rodents); and they always stay in isolated caves (they actually interact daily with the same fields, forests and waters that we do).

Unfortunately, the endangerment of bats is also a danger to us. Bats are critical for the environment’s well-being and our economic health. They act as natural pest controls, as bats eat around 600 to 1,000 mosquitos an hour. They also reduce crop damage and pesticide use by $3.7 billion a year. Bats pollinate critical plants and act as seed dispersals for new flora to grow. Even their excrement, guano, can be used as fertilizer.

So how can we help bats? Educate others on bats! Let them know they’re not scary, flying creatures that bite but rather diverse and beautiful creatures that can coexist with humans. It is also best to reduce pesticide use, care for natural bat habitats, protect water quality and maybe even build a bat house.

Check out the Under the Texas Sky Wanderlist podcast that inspired this blog post or read more articles about the fascinating lives of bats, places to watch emergences and the threat of white-nose syndrome in Texas Parks & Wildlife.

To see bats in action around the world, check out these live cams: https://batworld.org/bat-cams/.

To learn more about Texas' fascinating wildlife, subscribe to Texas Parks & Wildlife magazine. For a limited time enjoy three months of digital access to 600+ articles and our expanded 2020 Summer issue - all for only $1.99!

From close-ups of the tiniest insects to panoramic sunset shots, there are infinite possibilities for beautiful photographs if we only take time to pause, explore and appreciate.
- Earl Nottingham, Chief Photographer Texas Parks & Wildlife magazine 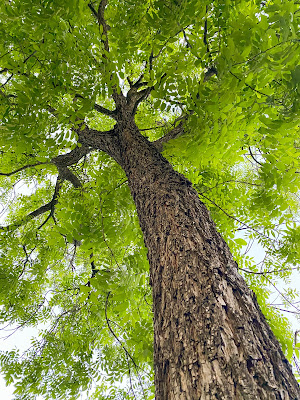 Entering is simple. Select from one of 12 categories, snap a photo and share it on one of three social media platforms (Facebook, Twitter or Instagram) using #InTheWildHood. The contest lasts all summer long, giving everyone plenty of opportunities to enter as often as they would like, and the categories cover over 40 photo prompts that you can snap anywhere you find nature.
Not sure you know the best way to take outdoor photos? Earl Nottingham reveals tricks of the trade each issue in his column, Picture This. To get the most out of your outdoor photography, subscribe to Texas Parks & Wildlife magazine. For a limited time enjoy three months of digital access to 600+ articles and our expanded 2020 Summer issue - all for only $1.99!
Posted by Texas Parks & Wildlife magazine at 10:16 No comments: