In December's issue Landry Allred brings to life the elegant sandhill crane, a true Texas snowbird. For our Feathered Friday post, we celebrate these beautiful birds in pictures. 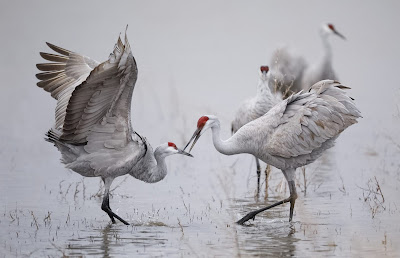 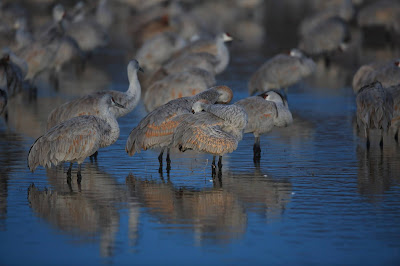 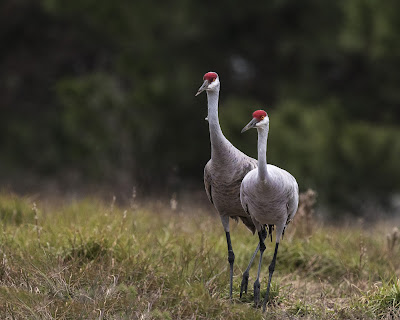 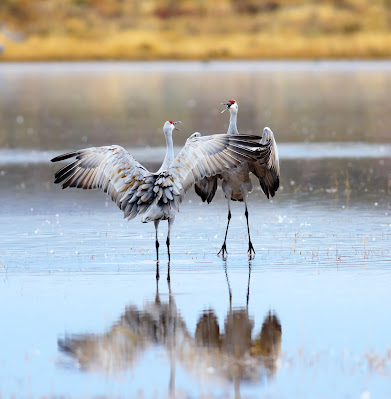 © Kojihirano | Dreamstime
Not sure you know the best way to take outdoor photos? Earl Nottingham reveals tricks of the trade each issue in his column, Picture This. To get the most out of your outdoor photography, subscribe to Texas Parks & Wildlife magazine. Our Super Holiday Gift Offer is a great option for last minute giving. Your first subscription is only $10, and each additional gift is only $5 more!

Posted by Texas Parks & Wildlife magazine at 14:00 No comments:

Isolation due to COVID-19 has enticed more Texans (and Americans) than ever to head to the field in pursuit of wild game. The increased participation caught the notice of one of the largest newspapers in the nation, the Wall Street Journal, in a December 14 article that predicts a million new hunters in 2020.

New hunter Jonathon Nguyen, a 26-year-old electrician from Victoria, shared his story from Texas with the WSJ reporters. A self-proclaimed city kid, Nguyen signed up for a Texas Parks and Wildlife Department mentored hunt, participating in skills and safety sessions before heading to a state park with a mentor to harvest his first doe.

Nguyen was lucky to secure a spot this year, as there were more than twice as many applicants as there were workshop spots, which include a guided hunt. The doe provided 30 pounds of meat for his freezer; he harvested a small hog, as well.

Besides a bounty of homemade sausage, Nguyen and other Texans are finding many personal benefits from spending time hunting, especially in stressful times. Blood pressures drop and moods elevate as they fill their lungs with crisp fall air and watch the antics of birds in nearby trees. There’s a satisfying sense of pride and self-reliance gained from harvesting your own food.

The benefits of hunting don’t stop with personal satisfaction, happiness and health, though that would be plenty. Hunting is an integral part of the conservation model, not only keeping our game animal populations sustainable but also benefiting the other wildlife that shares the habitat, like those birds.

With an estimated 5.5 million white-tailed deer in Texas, keeping population numbers in check with what the native habitat is capable of supporting is the critical role of hunters. That resulting population balance keeps habitat is in better condition to support not only the deer but all the other wildlife that utilize those habitats such as songbirds, small mammals, game birds and more. The revenue generated from hunting license dollars also translates back to wildlife and habitat conservation, including deer management across the state.

Want to learn more and hunting and maybe give it a try? We’re here to help.

For inspiration, check out our exhaustive “(Almost) Everything Whitetail” extravaganza in the November issue. Then, head over to the TPWD website to learn more about mentored hunts, hunter education, safety, license sales and more.

To learn more about hunting and fishing and conservation, subscribe to Texas Parks & Wildlife magazine. Whether in print or through our mobile app, choose the version that works best for you.