To keep more fish in the water to spawn during their annual migration to the Gulf, the Texas Parks and Wildlife Department will close recreational and commercial flounder fishing from Nov. 1 through Dec. 14. 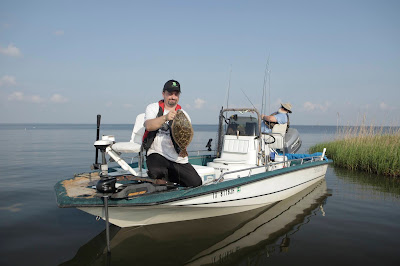 Public meetings in 2019 began the process to change flounder regulations after data indicated long-term declining populations. This is the first year for the closure after a 2020 approval by the Texas Parks & Wildlife Commission.

Declines in flounder populations are driven by poor recruitment as winters continue to warm.

“We cannot regulate any factor other than harvest,” says Robin Riechers, TPWD Coastal Fisheries Division Director. “By allowing more fish to spawn, we preserve as much recruitment potential as possible and help maintain a sustainable fishery into the future.”

The flounder fishery re-opens Dec. 15; anglers may resume fishing for flounder with all approved gear types. The bag limit is 5 fish per day per angler with a 15-inch minimum. 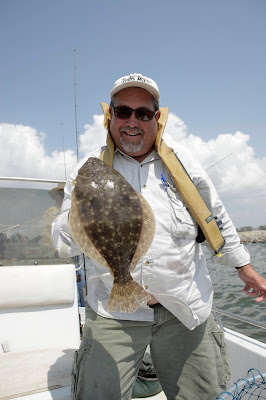 What is the status of the flounder population along the Texas coast?

TPWD resource monitoring data shows a long-term population decline for flounder. Although TPWD implemented substantial changes to flounder regulations in 2009 and 2014 to help populations recover and saw small short-term improvements, overall flounder population numbers continue to be lower than they were historically. We see similar patterns in both recreational and commercial landings, with a long-term decline over time.

Juvenile recruitment of flounder into bays and estuaries is dependent on escapement by females and spawning in the Gulf of Mexico. Cold winters result in higher juvenile recruitment. With warmer winters over the last decades, we have seen lower overall recruitment. Additionally, it appears that larval survival is also dependent on temperature. At the same time, we are seeing increases in fishing pressure.

What conditions are required for survival of flounder larvae?

Research done at the University of Texas Marine Science Institute reported 18° C (64.4° F) as the optimal temperature for survival of larval flounder. Flounder larvae require a very narrow range of 16° C - 20° C (60.8° F – 68.0° F) for the first 3 weeks after hatching for optimal survival.

I’m seen great flounder fishing recently. Why do we need to change the regulations?

TPWD bag seine data showed good recruitment in early 2015 and a small increase in 2018. We also saw a 12.5% reduction in fishing pressure in 2017 after Hurricane Harvey. The combination of the stronger year classes and the reduction in fishing pressure has created a small increase in flounder populations this year. Since flounder recruitment is dependent on cooler winter temperatures, good future recruitment is not guaranteed. TPWD is obligated to prevent depletion and to maintain sustainable flounder populations. While TPWD recognizes and agrees that environmental factors substantially impact flounder populations, we cannot regulate any factor other than harvest.

Are flounder overfished? If not, why change the regulations?

Flounder are one of the top four most-sought-after species by anglers in Texas inshore waters. TPWD resource monitoring data has shown a long-term downward trend in the overall population, which is concerning. A reduction in landings would increase the number of older and larger fish in the population, and any reduction may also increase the number of females that escape to the Gulf of Mexico to spawn. 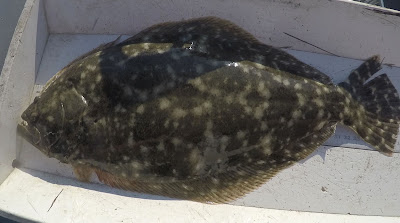 If TPWD doesn’t conduct creel surveys at night, how do you know there is a problem with flounder?

Our commercial landings data includes all reported landings, including fish landed at night. Our resource monitoring program has collected fishery independent data for more than 40 years and gives us a picture of the population that exists in the water at any given time, not just the fish being landed by anglers. These data show a large, long-term decline in flounder populations. While TPWD does not regularly conduct creel samples at night, previous TPWD studies in 1991 and 2007 showed that nighttime recreational gigging is a significant part of the flounder fishing effort and landings. The 1991 study showed that nighttime landings could account for up to 90% of all flounder landings in some regions during the spring and fall months.

Do commercial fishermen catch most of the flounder?

Where are most flounder landed?

TPWD creel data show that around 77% of the recreational flounder harvested come from Sabine Lake and Galveston Bay, with the other bays accounting for less than 6% each. For the commercial fishery, Matagorda Bay accounts for 24% of landings with Corpus Christi Bay at 23%, Aransas Bay at 20%, and Galveston Bay at 17%.

When are most flounder landed?

Will closing bays to gigging during other months help?

Reducing flounder harvest prior to and during the fall migration will increase escapement of adults to the Gulf and can increase the potential spawning population and increase recruitment.

Is changing the bag limit/season expected to be permanent?

Not necessarily. Regulation changes are applied to address specific issues within a fishery; realizing the full benefit of the change generally takes one generation of the managed species. TPWD continuously monitors the changing populations and landings of marine species and makes recommendations for appropriate regulation changes. Typically, regulations result in positive impacts on the overall population of a species. It can be harder to develop support for liberalizing regulations even if the populations at some point can support the increases in landings. In 2001, the daily bag limit for Spanish mackerel was increased from 7 to 15. In 2018, the daily bag limit for king mackerel was increased from 2 to 3.

What has TPWD done in the past to help flounder populations?

What options are being considered to manage flounder populations?

TPWD is considering a wide variety of tools for helping manage flounder populations. These tools include a decrease in the bag limit, an increase in the minimum size limit, area closures, time closures and gear restrictions.

How many anglers currently keep their full bag limit?

When was this closure announced?

The Texas Parks and Wildlife Commission approved a 2021 flounder fishery closure in 2020 during the statewide regulatory process. The public was given two opportunities to comment on the proposed regulation changes to flounder that included lowering the size limits and closing the fishery during the fall. This included scoping meetings on the coast in 2019 and a public comment period in March 2020. The Commission adopted these rule changes in May 2020 for the 2020–21 license year but delayed the closure until 2021. This is the first license year that includes a closing of the flounder fishery. 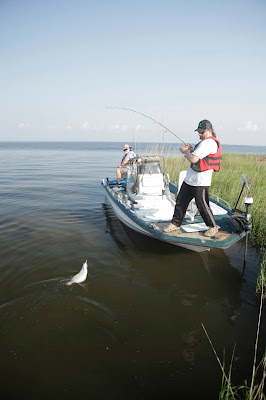