One of my earliest memories is going to the San Antonio Zoo as a toddler. It was a hot, Memorial Day weekend and a photographer asked to take my picture. I'd like to think it was my nascent wit that captured his attention, but in reality it was the chocolate ice cream melting across my chubby-cheeked face. Regardless, the photo was taken and published in the Memorial Day edition of the Express-News. My proverbial 15-minutes of fame tied inexorably to a zoo. The San Antonio Zoo remains our family go-to, so much so that a gibbon panel there served as an ongoing family activity for well over a decade. 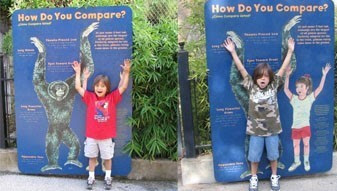 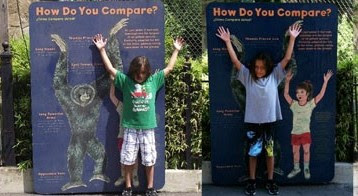 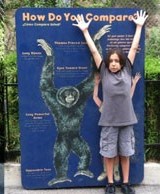 Child displayed turns 19 on American Zoo Day 2020. Complete coincidence.
Zoos are the perfect place to build shared family memories. They are a place where you can see animals you might never have a chance to glimpse in the wild.
But zoos have evolved to become so much more. While the public sees animals in their exhibits and enclosures, behind-the-scenes zoos have become leaders in animal conservation for both native and exotic species.
Today on American Zoo Day — which commemorates the opening of the country's first zoo, The Philadelphia Zoo, on July 1, 1874 — we'd like to share with you all a little of the conservation efforts of our own Texas zoos!
Read an excerpt below from Russell Roe's story, "The Changing Face of Zoos" from the June issue of Texas Parks & Wildlife magazine. 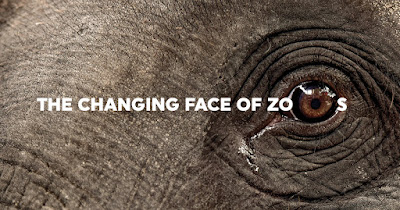 On a cold and drizzly weekday afternoon at the Houston Zoo, zookeepers give elephants a drink from a hose and show visitors the zoo's three generations of giraffes: grandma, mom and baby. Behind a large, fenced-off section, workers busily construct the zoo's groundbreaking new South American Pantanal exhibit.

That same day, far beyond the zoo walls, employees carry out tasks less visible but increasingly important to the future of zoos: releasing egg strands of the endangered Houston toad into the wild and teaching elephant keepers in Thailand how to treat elephant herpes.

Today you can still see groups of schoolkids in matching shirts ooh and ahh over exotic animals. But Texas zoos are evolving, becoming leaders in local and worldwide conservation, with a unique role to play in saving wild creatures.

“It’s a role that zoos have been playing for a long time,” says Houston Zoo CEO Lee Ehmke. “We’re bringing it to a higher level of visibility and effectiveness. [The world is] losing habitat and wildlife, and zoos have the potential to do significant things to combat that.”

Many Texas zoos, especially those certified by the Association of Zoos and Aquariums, do significant work to protect and save wildlife and habitat. Two Texas zoos — Houston and Fort Worth — are undergoing massive transformations, with conservation as the guiding force.

To read more about the changing face of Texas zoos, visit our website or better yet, subscribe to Texas Parks & Wildlife magazine.  For a limited time enjoy three months of digital access to 600+ articles and our expanded 2020 Summer issue - all for only $1.99!