Our In The Wild Hood summer photo contest is in full swing, and some of the most intriguing submissions have featured larger mammals with which we share our urban and suburban spaces. To highlight some of these intriguing creatures we are launching Mammal Mondays on the blog! Each Monday we will pick a specific species and use photos curated from contest submissions, and content written by editorial intern Landry Allred. 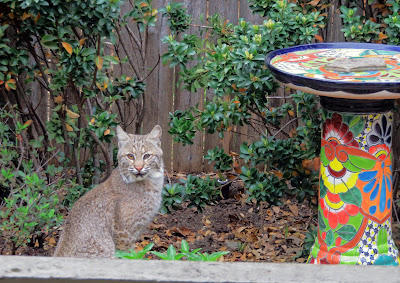 They are the most common wild cat in Texas. They are mascots for high schools and colleges. They are a feline both feared and admired.

Bobcats are found throughout the U.S. and are particularly abundant in Texas. Texas has two subspecies — the desert bobcat in the west and northwest and the Texas bobcat whose scope reaches across the state. These felines, about twice the size of a household cat, have been around for almost 1.8 million years and are named for their short tail.

Humans may see bobcats as a threat, but bobcat attacks are practically nonexistent. A bobcat’s diet consists mostly of rodents, rabbits, squirrels, birds and other small animals. Household pets are not their main meals, but of course, it can still happen. Bobcats are quite secretive and shy, and they are easily spooked by humans. The only time a bobcat would aggressively approach a human is if it has rabies or is cornered into self-defense. 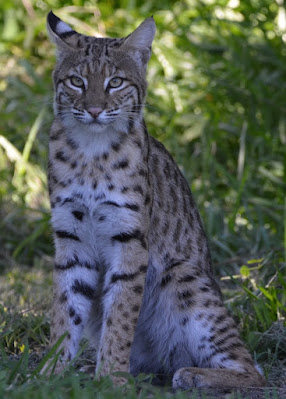 Bobcats are extremely intelligent and have adapted to cities. They can survive in a variety of environments, such as swamps, deserts, forests, grasslands, mountain ranges and even on the outskirts of suburban neighborhoods. They are mainly active at night to avoid humans, and they rarely make their presence known. A study of bobcats in the Dallas-Fort Worth area found them to be living mainly along creeks, floodplains and parks.

Bobcats are out there, but you may not know it. Sometimes, the only way people can tell if a bobcat has been in the area is if there are scratches on the trees from their claws.