We're still waiting to see if any wily photographer manages a candid shot of this rarely seen Texas critter. In the meantime, you can enjoy these non-contest entries while you read this week's Mammal Monday by our editorial intern, Landry Allred. 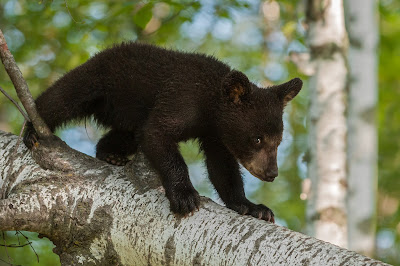 From scary beasts to cuddly teddy bears, people often misunderstand the nature of bears. Few folks know the true character of these animals that are making their way back to Texas.

Black bears were thought to be extinct in Texas in the mid-20th century but have started making a comeback in the past few decades. They are mainly found in Trans-Pecos regions such as the Chisos Mountains. There are two known subspecies in Texas — the Mexican black bear and the New Mexico black bear — and they are considered endangered in the state.

In the early 1900s, black bears were common in the Chisos Mountains, but because of shooting, trapping and habitat loss, no resident bears could be found by 1944. However, appearances of female black bears and cubs in 1969 and 1978 in the Chisos suggested they were returning to Texas. Since the late 1980s, the black bear population has been increasing. Today, there are approximately 30 to 40 black bears in the Big Bend and 80 in the Trans-Pecos region.

Black bears have also been making a comeback in East Texas. There has been evidence to suggest black bears are returning to the piney woods. Conservation efforts in bordering states have produced breeding populations of black bears, and frequent sightings of bears have been reported in East Texas.

Despite their name, not all black bears are actually black in color. Black bears can range from black to brown to “cinnamon” and even blonde.

Black bears in Big Bend don’t experience true hibernation because of the mild climate and food availability. Instead, they will be dormant for three to four months; they are less active but can still leave their dens to forage.

Probably the biggest misconception about black bears is that they are aggressive and dangerous animals. Many people think of publicized bear attacks on campgrounds or even the gruesome battle between Leonardo DiCaprio and a mother grizzly bear trying to protect her cubs in The Revenant. However, this is quite a different picture from the peaceful, shy nature of black bears. 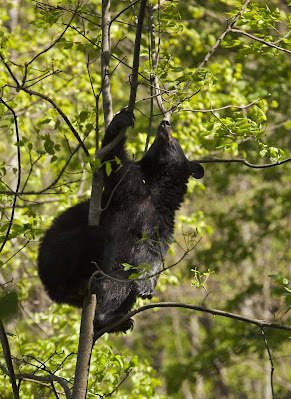 Mother black bears rarely attack when defending their cubs. In fact, there are no records of black bear mothers killing anyone in defense of their cubs. Grizzly bears may act aggressively, but black bears are less aggressive and are more likely to retreat from danger.

Black bears aren’t looking for humans for their next meal but instead prefer easy meals. Black bears are omnivores, and up to 90 percent of their diet consists of vegetable material such as nuts, fruit, berries and other plants. The main source of protein they receive is insects and the occasional small mammal.

While black bears aren’t an imminent threat, interaction with them should be limited as with any other wild animal. With more education and knowledge, we can learn to coexist with our furry friends.