Though often unheralded in their own times, Black contributions to conservation, parks, outdoor recreation and more are significant and will be celebrated throughout February’s Black History Month programs from the Texas Parks and Wildlife Department. Park rangers from all over Texas, including the Buffalo Soldier Heritage Outreach Program and the Texas Outdoor Family staff, will debut a new series of 15 virtual programs to spotlight historical figures, and we'll introduce a few of our Black colleagues across the agency and offer up links to great resources.

Find a full calendar of the series on the Buffalo Soldier Heritage Outreach Program Facebook page, including information on a live trivia challenge on  Feb. 27. 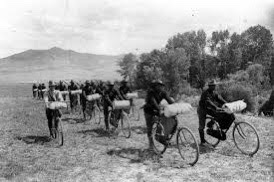 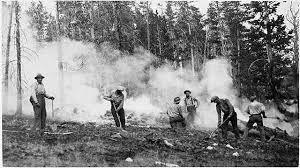 Today’s Black conservation heroes are forging their own history as they work with passion and heart in every corner of TPWD and throughout the state. When park visitors and magazine readers see Black game wardens and state park superintendents, biologists and educators, they know that all are welcome here. Meet a few of our future heroes. 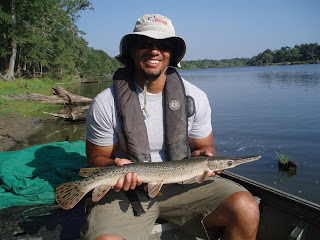 Michael Homer, Natural Resources
Michael found his love for the outdoors as a kid tromping along the banks of the Chattahoochee National Recreation Area in metro-Atlanta. Following his dreams to graduate studies, he noticed that many catfish research papers came from TPWD, so he knew where he wanted to work.

Even if someone doesn’t like fishing, the outdoors offers exercise, reading, barbecues, even sleeping in a hammock. As we say at TPWD, Life IS better outside. 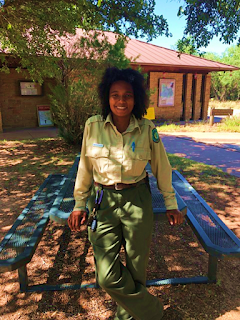 Candyce said she had no idea she could actually get paid to do what she loves until she found Minorities in Agriculture, Natural Resources, and Related Sciences (MANRRS) in college. At Abilene State Park, she can not only do those things she loved as a kid — walking through the woods, observing wildlife and playing with bugs — she can share them with the 3,000 school kids who visit each year.

My hope is that through these interactions I will break the stigmas around the outdoors in the Black community and among women. 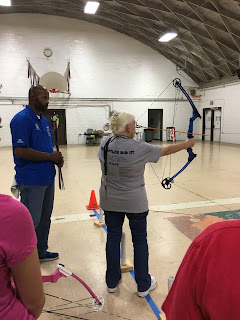 Kendrick Gray, Community Archery
Kendrick got involved in leading community outdoor recreation in Louisiana, then moved to Texas, where he discovered archery at a TPWD Basic Outdoor Skills Workshop for recreation professionals in Killeen. Inspired, he helped start the Pearland Archery Club, introducing archery to thousands of youth and their families in the greater Houston area during the last decade.

If this pandemic has taught us anything, it’s to slow down, reflect and spend quality time with family and friends. The outdoors provides the perfect venue for doing that. 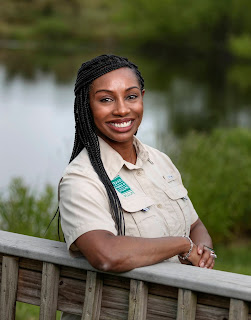 Danielle Rucks, Administration
Danielle was looking for a career where she could use her skills to assist in conservation and give back to the community and now works on the North East Texas Ecosystem Project. She wasn’t really into the outdoors when she started at TPWD; now she can’t say enough about sharing her passion and new skills: shooting, archery, fishing, wildfire pack testing, youth hunt leading and more.

It was a blast teaching my two sisters from Chicago, who both have learning disabilities, to fish from our boat dock on Lake Tyler; one of them caught an alligator gar. 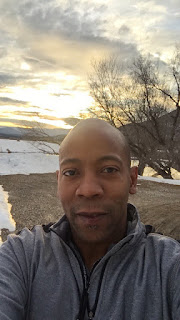 Kevin credits “luck” for his current position with the Infrastructure team, but his hard work at other state agencies prepared him for a move to leadership at TPWD five years ago. His favorite days are the ones where he gets to visit agency projects across the state.

Our teams work hard to deliver projects to our stakeholders. Having the ability to see their efforts firsthand is a positive incentive. 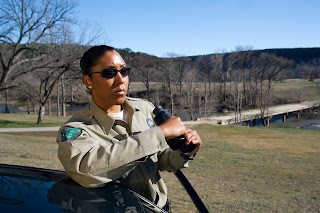 Coley Leonard, Game Warden
Coley was looking for a career in law enforcement where she could make a difference and interact with the public and found that and more as a game warden at TPWD.

There is a great sense of pride and accomplishment that comes with assisting in conserving our resources and in the public safety of the residents of our communities. 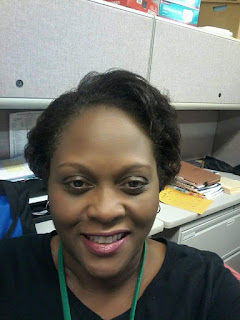 Rachelle McCutcheon, Human Resources
Rachelle likes being a part of people’s professional journey, touching every aspect of their career from hiring to retirement. She says human resources is the ultimate customer service job. When people find out where she works, Rachelle says she uses the opportunity to encourage them to explore the outdoors.

The conversation can range from visiting our state parks and natural areas to fishing and all the things to do outdoors with friends and family, especially during this pandemic. 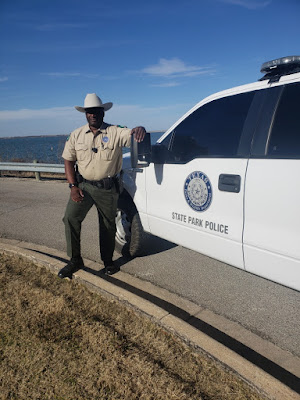 Dedrick Miller, State Park Police
Dedrick was inspired to pursue law enforcement by friends and family in the field. He was intrigued by their desire to resolve problems, make communities safer and have an impact on people’s lives.

Speaking with people who are not very familiar with being outside and helping them to experience nature is rewarding for me.

New, diverse, outdoor groups are springing up everywhere. If you don’t have a lot of experience hiking or camping at a park or fishing or hunting, no worries. Join up with a group and they’ll help you every step of the way. Best of all, you’ll make new friends who share your interests.