On a recent February day after the winter storm, large cardboard boxes were popped open by giggling children who squealed as turkeys emerged and flapped their way to freedom, while biologists and parents smiled and watched with their own sense of delight. 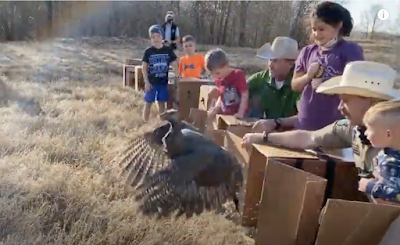 Working with the National Wild Turkey Federation and private landowners, the Texas Parks and Wildlife Department is restocking wild turkeys in areas of the state where they’ve declined as part of an Eastern Wild Turkey Restoration Program. Eastern wild turkeys arrived at the Cooper Wildlife Management Area in February after long flights from Maine and North Carolina. The turkeys get general health check-ups and a drink of electrolytes to help them recover from their trip, then they were released at their new East Texas home. 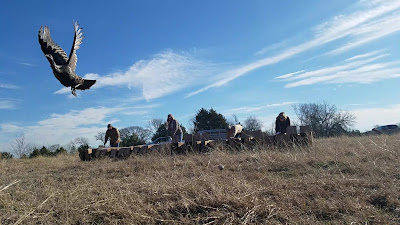