State Aquarium Addition Will Save More Wildlife During Disasters 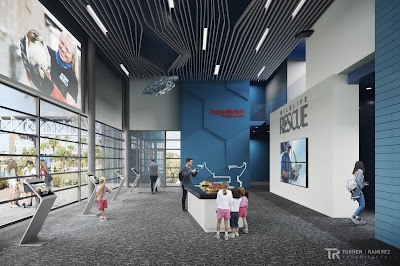 Long before the big Texas freeze in February, planners at the Texas State Aquarium in Corpus Christi were well on their way to more than doubling the facility’s wildlife rescue-and-rehabilitation capacity.
Completion of the 27,000-square-foot Port of Corpus Christi Center for Wildlife Rescue is expected in late 2022.
The idea began after Hurricane Harvey in August 2017, says Jesse Gilbert, the aquarium’s senior vice president and chief operating officer. Since then, wildlife along the South Texas Gulf coast have endured challenges that demonstrate a growing need to enhance the aquarium’s operations.
The actual planning for this facility began in 2019, but much of the design work was accomplished during the COVID 19 pandemic — mostly through ZOOM meetings.

During the summer of 2019, the Coastal Bend faced a period of unusually high tides and strong winds, which battered the sea-turtle population around area jetties. Many turtles became stranded on the rocks. All were rescued by several organized efforts and later released.
“We had a 100 percent survival rate,” Gilbert says. 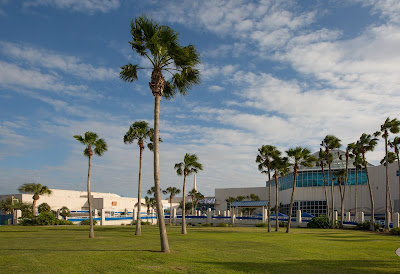 Since Hurricane Harvey in 2017, Gilbert says wildlife die-offs and stranding events have become more common along the Texas Gulf Coast. Aquarium officials realized that space for rescued animals would be inadequate if this trend continued. The February freeze dramatically punctuated this point, with thousands of cold-stunned sea turtles.
The aquarium currently has 5,000 square feet of indoor space for treating and housing sick or injured animals, plus another 7,000 square feet of outdoor enclosures. It’s the only Texas facility permitted to care for birds, sea turtles and marine mammals.
While visitors already can view some of the aquarium’s permanent rescue animals, such as sea turtles and raptors, there is no public space for viewing medical and rehab operations.
This will change with the non-profit’s new $15 million facility, including an interactive theater where visitors can watch rescue and rehab efforts in action. The facility also will provide a real-time viewing area of medical procedures behind glass, as well as a view into the wildlife rehabilitation process.
This interpretive center, with no entry fees, was underwritten by the ExxonMobil Foundation.
This space will be dynamic, mainly because of rescue dramas like the one that unfolded in February.
“I don’t think anyone fully appreciated how the sea turtle population has grown,” Gilbert says. “With the new center, if you were to visit a week after a freeze, you would really get to see a full-scale rescue-medical operation at work.” 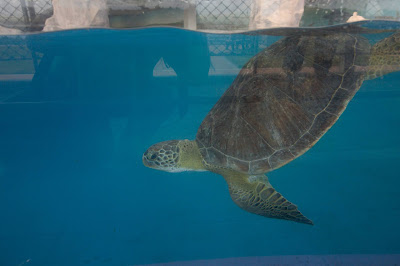 Biologists with the National Marine Fisheries Service headquarters in Florida helped designed flexible ways to expand capacity for large rescue events, with a 95 percent survival/release rate for as many as 3,000 turtles during an emergency.

“The February freeze was as big a challenge as (Hurricane) Harvey was for us,” Gilbert says. Natural gas to power the generators now makes the center self-sufficient for seven to 10 days.

“The key is to rescue them quickly so they can recover in clean, filtered water, all run on auxiliary power (which we have now mainly for hurricanes),” Gilbert said. “Soon we’ll have these safeguards in place to offset freeze events.”

“I view this center as a one-stop facility that will showcase the wildlife- conservation network throughout South Texas,” he says. “Hopefully, this will further the public’s stake in conservation by helping them understand their part in rescuing, reporting and preventing wildlife harm from natural events or from man-made causes.” 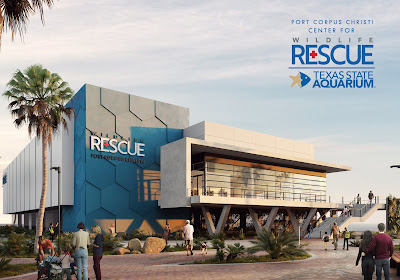 Rescue/Rehab Partners and Their Roles