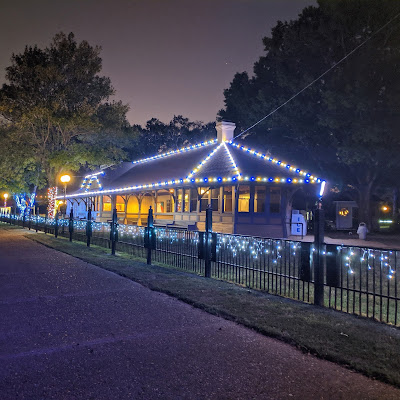 During a mid-October regular run of the Texas State Railroad between Palestine and Rusk in East Texas, the train passes by a mid-construction North Pole.

Train attendant Payton Harris uses the prompt to talk enthusiastically about the STR staff’s preparation for its 1920s vintage steam train’s annual The Polar Express schedule (Nov. 19 through Dec. 28 except for Christmas Day). The service is based on the children’s book Chris Van Allsburg wrote and illustrated (Houghton Mifflin, 1985), and the subsequent Warner Bros. animated movie featuring Tom Hanks providing the voice for the train’s conductor.

And, no, since its 2007 inception Mr. Hanks has yet to join the STR Polar Express ride. “We hold out hope that he will show up one year,” Harris says, smiling broadly.

“We are all learning our version of the hot chocolate dance, only we don’t dance on the tables or throw cups around [as The Polar Express animated actors do in the movie].” 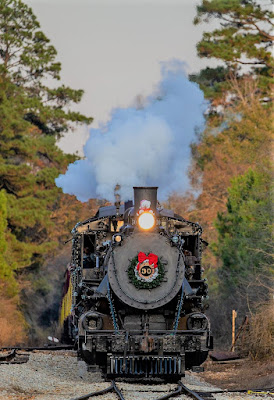 The ride’s 13 cars, each decked out in Christmas finery and lights, are staffed by waiters and hot chocolate chefs. Passengers are urged to come decked out as well, in warm pajamas. (Matching family PJs make for fun Christmas pictures on the train.)

During the one-hour roundtrip ride from the richly decorated Palestine station to the North Pole, the staff provides the hot cocoa, cookies, holiday songs, and a group reading of The Polar Express. At the North Pole, some magically conjured snow falls as elves and reindeers gather by a large Christmas tree and wave at the passengers. A jovial old fellow in a red suit then boards the train, offering merriment and a jingle bell to each child onboard during the trip back to Palestine.

If you are in the area during the next two months, don’t be surprised if you encounter families dressed in pajamas dining at local restaurants before or after their train ride, Harris says. It’s just part of the season cheer out here. 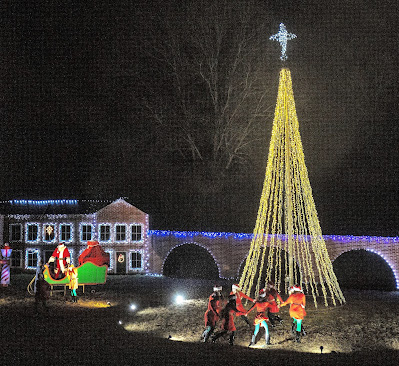 (The various-class ticket options are in great demand and sell out quickly. For those without a copy, passengers can purchase the book as a Christmas present the same time as tickets. The train departs at various times daily from the Palestine Railroad Depot inside Rusk Palestine State Park, located at 789 Park Road 70. Click here for tickets.)

The Texas State Railroad is a historic 25-mile heritage railroad between Rusk and Palestine.

Look for additional coverage of Rusk and Cherokee County in the May 2022 issue of Texas Parks & Wildlife magazine.