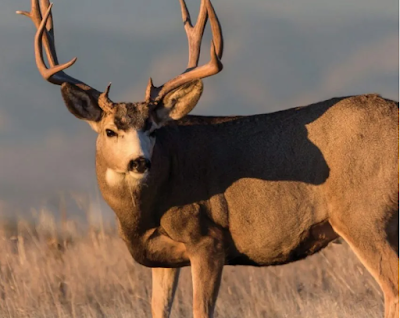 To keep the balance of young/mature mule deer in the Texas Panhandle, an experimental antler restriction regulation will be continued in some counties and started in others, while the season is extended by a full week. Here are the highlights.

In 2018, the Texas Parks and Wildlife Department considered landowner/hunter requests and data that showed an excessive harvesting of young mule deer bucks in the southeast Panhandle counties. The department began testing an experimental restriction in six counties (Lynn County was added in 2019) to protect bucks till they reach maturity at 4.5 years of age. The new antler restriction prohibited harvesting bucks with a main beam outside spread of less than 20 inches. 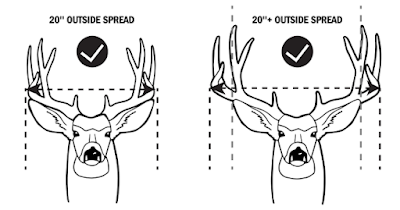 Four hunting seasons later, the sex ratio is improving — there are more bucks now. The steep decline in the harvest of young bucks provides more mature bucks, as hunters and landowners are now seeing. That’s exactly the desired effect, so the department is expanding the regulation to 21 additional Panhandle counties.

Extending the season from nine days to 16 days in the selected 15 counties provides additional hunting opportunities while using the antler restriction to maintain or improve mule deer sex ratios and buck age structure.

Again, the antler restriction doesn’t apply to properties in the MLDP program as TPWD sets property-specific bag limits for mule deer which are generally conservative (producing results similar to the antler restriction). Also, the antler restriction won’t be implemented in any part of a county within a CWD management zone (an area where certain special provisions regarding harvest reporting and carcass movement are in effect) because current science indicates that increased buck harvest in those areas will reduce CWD prevalence rates and may inhibit the spread of CWD into new areas.

TPWD staff will implement the antler restriction in Terrell County as a 4-year experiment across the entire county. In portions of Terrell County (for example, south of US Highway 90), intense buck harvest has skewed sex ratios and severely reduced buck age structure, even more so than the primary experimental antler-restriction counties in the Panhandle.