If you've never wandered around Wurstfest in New Braunfels dipping your Kartoffelpuffers in apple sauce you're definitely missing out.

New Braunfels, like many Texas cities with a strong German heritage, celebrates with a festival honoring its founders' rich traditions. New Braunfels is unique in calling it Wurstfest rather than Oktoberfest, but the general idea is the same. Unfortunately in 2020 many of these celebrations have been canceled or are being held online due to COVID-19. And yes, we'll miss the music, the color, the fanfare. But we'll also miss the food. 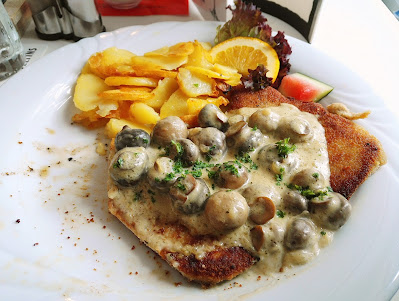 German immigrants brought with them an array of native recipes, and as it turns out their hearty meat and potatoes diet was a perfect match for Texas. Most of their staples could be grown or raised here as they were on German soil. In fact, two of the foods we think of today as quintessentially Texan likely owe their very existence to German immigrants.

Chicken-fried steak bears more than a passing resemblance to Schnitzel — a tenderized slab of meat, breaded and fried. Germany has a number of specific Schnitzel dishes, as the word itself simply means meat cutlet. But chicken-fried steak seems most like a Jägerschnitzel, commonly served with a mushroom sauce, or Rahmschnitzel, which is served with a cream sauce. Either way, it's clear that the much beloved CFS has its roots firmly in a German tradition. 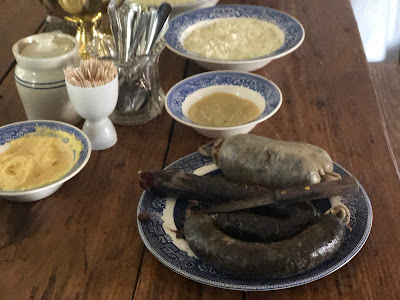 And of course we can't talk about the German-Texas food connection without discussing smoked meats. We tend to think of Germany + smoked meats = sausage. Move that equation to Texas and you get German Texans + smoked meats = brisket. That's right. Texans owe that smoky, salty, fatty, bark encrusted beefy goodness to German American butchers who decided to pop a brisket in the smoker, instead of in a dutch oven.

Clearly we owe a lot to German food.

Which brings us back to Kartoffelpuffer. They're a kind of potato pancake or fritter. More substantial than a hashbrown, but not precisely an entrée either. While some like there's topped with sour cream, I prefer mine with a tart applesauce. Yum! 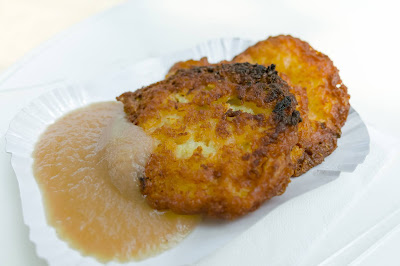