Beyond textbooks and historical tomes, we experience life across time and Texas through the fictional works of the Lone Star State’s writers. For those who are drawn to the stories of real people, not just dates and battles, honest voices are shared through old screen doors to the slow cadence of a swelteringly still summer afternoon around the kitchen table.

Texas towns take pride in the literary works of their native sons and daughters. Some go to great lengths to display their admiration, as we featured in our September 2019 Wanderlist, “Literary Texas.” In our Under the Texas Sky Wanderlist podcast by the same name, we learn about a few of those towns and visit one in person. 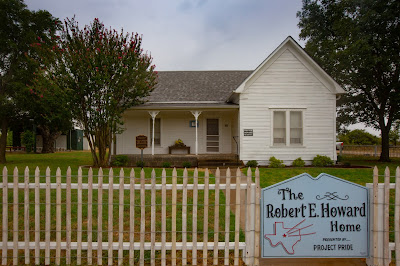 Pulp fiction writer and Conan the Barbarian creator Robert E. Howard has a museum and festival in his hometown of Cross Plains, while Old Yeller Days in Mason is an homage to native son Fred Gipson. There’s a Hollywood-type star in the Fort Worth Stockyards for Western novelist Elmer Kelton and Austin boasts an O. Henry (William Sidney Porter) Museum with an annual pun-off.

Just south of Austin in Kyle, a distant relative of O. Henry, Katherine Anne Porter, first made her name with the 1930 Flowering Judas and Other Stories; her 1962 novel Ship of Fools was a bestseller. Porter later received both the Pulitzer Prize and the National Book Award. We toured Porter’s childhood home in Kyle, a literary center on the National Register of Historic Places, with writer-in-residence Jeremy Garrett. 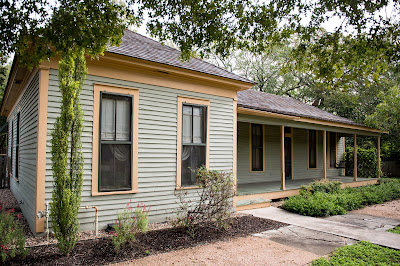 To celebrate the center’s 20th Anniversary An Evening with Hilton Als on September 18 at 7 p.m. He will discuss her life via Zoom To RSVP, email kapliterarycenter@gmail.com